Marijuana legalization nearing in Canada. In fact, it could occur this summer should the Senate pass Bill C-45 and Bill C-46. As such, it’s not surprising that many are searching for promising investment and business opportunities in the marijuana dispensary space.

It’s natural then to ask, “how do I get certified as a marijuana dispensary in Canada?”

Unfortunately, the answer isn’t simple, nor is it set in stone. Because marijuana legalization in Canada (at least for recreational sales and consumption) is going to be a recent shift, the policy and regulatory landscape for the issue is largely restrictive and tentative.

If you’re planning to enter the marijuana dispensary market in the near-term, then you’re limited to operating in just Alberta and British Columbia (BC). However, to enter either market, you’ll need to abide by strict security compliance requirements to just qualify as an applicant.

But we’re in the early days of a legal marijuana market, so it would be prudent to use today’s lessons to stage for growth in the future should other provinces open their markets up.

Does Your Dispensary Meet Security Requirements?

Get a security audit today

Landscape of Dispensary Laws in Canada

Before Bill C-45, the only legal marijuana market in Canada was that of medical marijuana. This was – and currently, still is – a strictly regulated market. The only ones permitted to sell marijuana were specially licensed marijuana producers. Dispensaries in most jurisdictions weren’t legal.

Bill C-45, also known as the Cannabis Act, promises to legalize the recreational sale and use of marijuana throughout Canada. Currently, Bill C-45 is expected to become law in 2018, maybe as soon as the summer should the Senate pass the bill.

On the other hand, Alberta, British Columbia, Manitoba, Saskatchewan, Newfoundland and Labrador, Manitoba and the Northwest Territories are permitting privately-owned marijuana dispensaries. However, each province is maintaining strict regulations for prospective retail license-holders to follow, especially in terms of security. 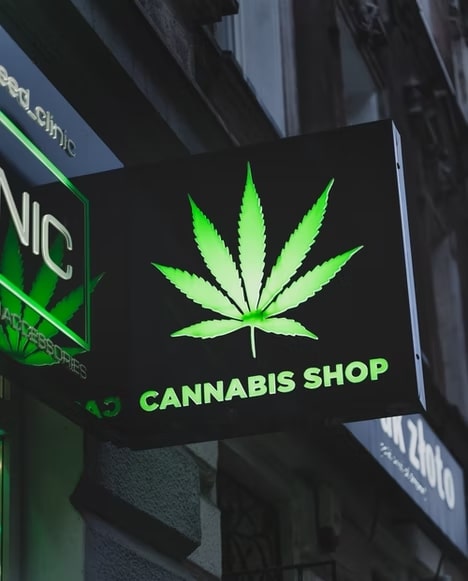 Though Alberta will manage the online sale of cannabis through provincially-owned sellers, it’ll permit private retailers for over-the-counter sales. These retailers are not permitted to sell other restricted items – such as alcohol, tobacco and/or pharmaceuticals. In other words, marijuana retailers in Alberta can only sell cannabis or cannabis-related products.

Currently, Alberta will only issue 250 retail-licenses to privately-owned marijuana dispensaries in the first year of Canada’s legal marijuana market. To qualify for a marijuana retail license, you’ll be required to adhere to the rules set by the Alberta Gaming and Liquor Commission (AGLC).

This will involve going through background checks, paying fees, getting municipal approvals and registering with the province as a cannabis-only retail business.

The AGLC also requires prospective marijuana dispensaries to implement a series of specific security safeguards at their retail site. From the onset, the AGLC requires that your dispensary’s security system be designed and installed by a professional security systems provider.

A cursory look at the AGLC’s requirements shows that Alberta’s security requirements for legal marijuana dispensaries are no less in sophistication than those Health Canada applied on legal medical marijuana producers under the ACMPR. This shows us that the ACMPR is being seen as a roadmap for at least one province and, in time, this template could be seen in other parts of Canada should other provinces follow-suit.

Today, properly adhering to the AGLC’s requirements will favourably position you for securing one of those scarce marijuana dispensary licenses. In the future, you might be well-positioned (with the experience of executing a solid security plan) to expand to other provinces.

You must get your marijuana dispensary’s storefront site examined for potential risks. This can involve seeing the risk-level of your area based on its crime history and/or the store layout. For example, if your retail site is in a mall or plaza, you will not have control over every exit and flow of people and vehicles in the area. This must be accounted for when designing a security plan.

This involves installing obstacles between your marijuana inventory and potential threats. The idea is to control access to your store and its goods by securing entry and exit points along with the cannabis storage room. 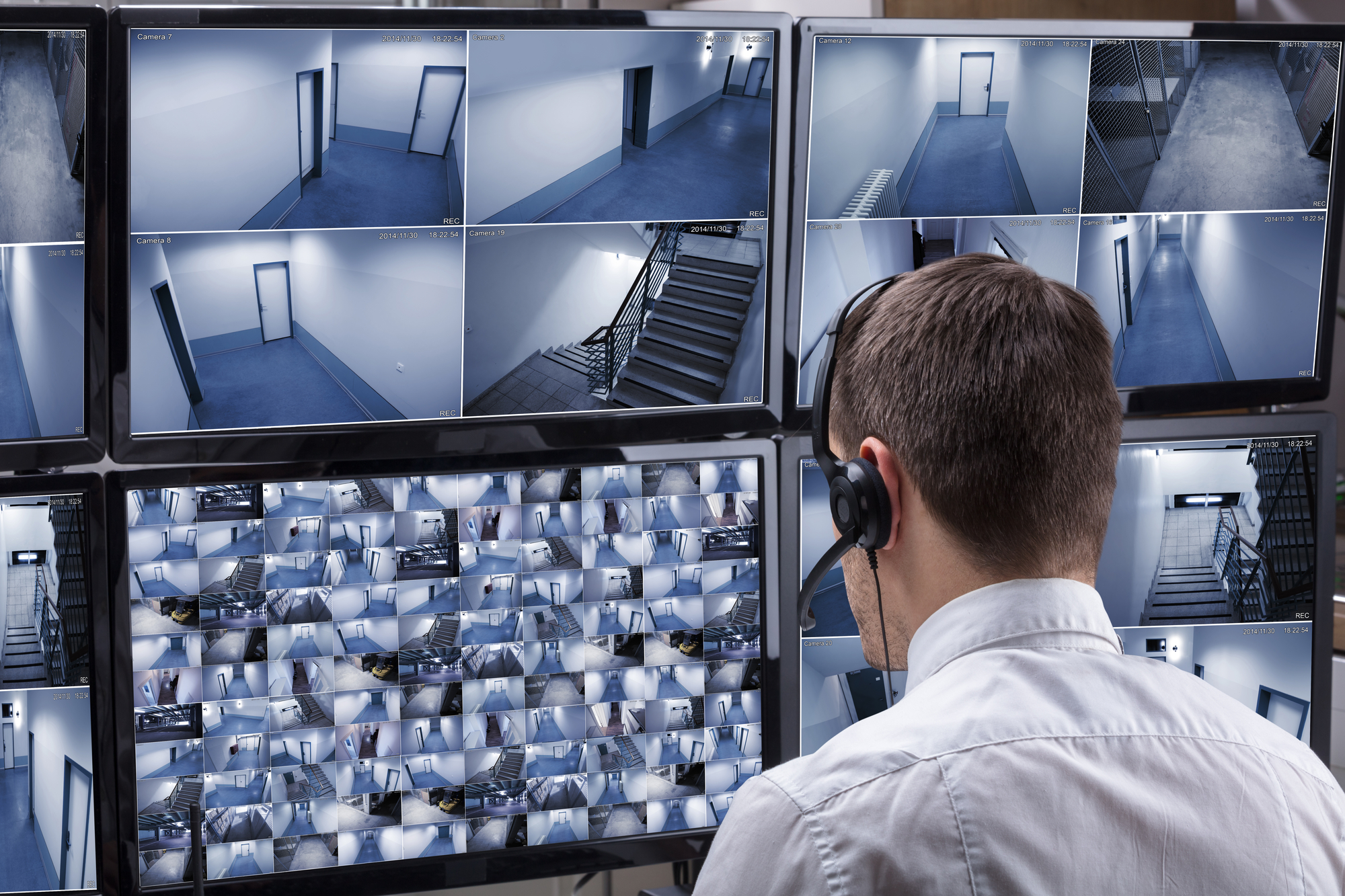 Your marijuana dispensary must have 24/7 visual monitoring in place with a digital closed-circuit television (CCTV) system. The CCTV must capture footage from your store’s point-of-sale area, receiving and shipping zone, the customer area and the cannabis inventory room.

The AGLC requires marijuana dispensaries to install intrusion detection systems to monitor, detect and alert you of unauthorized access of every secure entry point. Your retail site also requires a panic or help-button at the point-of-sale area to alert law-enforcement.

You must also secure your entry/exit points, customer entrance and marijuana inventory room with access controls such as swipe cards and/or passkeys. You cannot have a ‘master key’ for total access to the dispensary.

We’ve discussed each of these areas in greater technical detail in an earlier article outlining the best practices of a Marijuana Security System.

British Columbia’s (BC) Liquor Control and Licensing Branch (LCLB) will enable prospective marijuana dispensary owners to apply for a legal retail license. As of this article’s writing, the LCLB has yet to release its specific demands of prospective applicants. However, a security system comparable to the one defined by the AGLC should be expected.

Currently, Ontario will only permit the sale of recreational marijuana through provincially-owned stores under the Liquor Control Board of Ontario (LCBO). In other words, there are no licenses available for private marijuana dispensaries. However, the issue is contested, with at least the province’s largest opposition party calling for a freer marketplace.

Such legislative chances are plausible, not just in Ontario but in other Canadian provinces as well. Granted, the only places where you can start with opening a legal marijuana dispensary are in Alberta and BC, but fulfilling their respective security requirements and gaining licenses will position you favourably for adjusting to new legislation in other provinces.

Security is a Good Idea

Besides fulfilling your regulatory requirements, implement security best practices to protect your marijuana dispensary will also help in protecting your investment. First, it deters criminal activity from your dispensary, be it internally (e.g. employee-theft) or externally (e.g. robbery). Second, security best practices will also strengthen your case for favourable insurance coverage.

It’s essential to get the correct start with your marijuana dispensary application. Seeing that the AGLC requires you to implement a professionally designed and installed security plan, consider engaging a professional security company right away. Logixx offers over 47 years of experience in this area, including expertise implementing compliant security systems for Canadian medical marijuana producers. Contact us today to get started.